The purpose of this research is to evaluate the impact of ownership concentration, board of commissioner size, proportion of independent commissioner and audit committee size on agency costs in Indonesia. The sample used in this study consists of 263 nonfinancial firms listed in Indonesian Stock Exchange during the period of 2010 – 2014. According to this finding, the best mechanism to mitigate agency costs proxied by asset turnover ratio is audit committee size. As the number of audit committees increased, the asset turnover ratio will also increase thus indicating that management is efficiently using the company’s assets. When proxied by selling, general and administrative expense, ownership concentration, which measured by the percentage of shares held by majority become the better mechanism. It denotes that having an ownership concentration in a company could minimize agency costs as majority has power to control management.

This work is licensed under a Creative Commons Attribution-NonCommercial 4.0 International License. 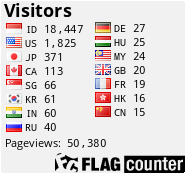