Waste management has been significantly difficult to address. In recent years, the national and local waste management law in Indonesia were stipulated not only to reduce volume of waste, but also to reduce greenhouse gas emissions and open pathways for renewable energy production. Addressing waste problems in Indonesia would also mean solving the pervasive marine debris issues, which is highly critical to do as the home to various marine biodiversity. However, the current state of Indonesia’s waste management law and regulations had not yet reached its best condition. Turning to Hawaii, a federal state in the United States that has similar geographical characteristics as Indonesia, the much smaller island yet densely populated also had been dealing with its own waste problems in a different take. The active participation of community and establishing ambitious goal of zero waste in Hawaii contrasted the more rigid, top-down approach that Indonesia implemented coupled with a lax enforcement. This paper would cover the regulatory framework of both states in regard to its respective waste management methods that may be of lessons learned to further the achievement of zero waste state. 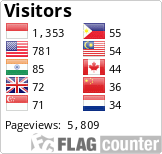